67 graduating students of the University of Ilorin have bagged first class degrees. The graduation ceremony of 8,038 students from the various faculties of the institution will come up on Friday and Saturday in Ilorin, Kwara State.

“Of our 6,069 first degree graduands 67 of them made the first class grade and 1,505 made second class upper division grade. Additionally, we have 3,200 second class lower division,1,124 third Class division and 70 pass.Those who had pass were 82 last year. The MB:BS graduands during the session are 103”.

Ambali expressed delight that the university under his watch in the last four years has recorded giant strides in academic excellence which according to him, have made the institution number one choice for admission seekers.

Ambali said the university recently “showed some staff the way out for conniving” with some people to offer fake admission to students while “the affected students were asked to step aside”.

According to him, the university will commission 19 projects during the convocation.

OMG! Share now for a chance to get the new iPhone 7!

HIGHLY RECOMMENDED: DO YOU HAVE A LITTLE CAPITAL AND LOOKING FOR FINANCIAL FREEDOM? HERE'S HOW! (FILE SIZE : 51.1KB)

TheWorldScholarships does not give out any scholarship.

We do not also sell past questions on behalf of any company(ies). The materials we sell are based on experiences of candidates that wrote the examination in the past.

Finally, every individual is responsible for what he/she types in the comment box.

Thank you for visiting us. We love you. 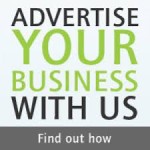